The Success of Guardian

Teresa Stevens has spent a great deal of her life before inventing Guardian in the catering industry so had little experience of the shipping world.  Teresa became interested in anti-piracy issues after reading an article in the press in 2011.  She awoke one Sunday morning with an idea of how to prevent pirates boarding ships transiting the HRA’s of the world’s oceans.

Teresa explained her idea to husband David Stevens, an engineer who then spent the rest of the day building a model of Guardian from a sheet of metal he found in the barn on their property.  Having proved the concept would work it was time to apply for the first of many patents and begin to bring the invention to the market.  With Teresa's usual tenacity decided that Guardian had to be made of plastic to withstand the harsh environment of the Maritime World.

Having made her decision, she researched and found the Plastic Federation contact details and spent many hours communicating, discovering the best people to work with her to get the result she had dreamed of.  It took nearly twelve months to design the prototype and hone it to a working practical model, involving many sleepless nights and long days, but she knew it would work and was not giving up.  To fund her dream Teresa and David sold their houses and moved into rented accommodation, a massive gamble as every grant they applied for was refused time after time.

By mid-2012 the production tool had been made and tested and the first unit of Guardian rolled off the production line, Guardian was officially born.  In the meantime, husband David had found a shipping company willing to test the system.

Initial testing at Warsash Maritime Academy UK went very well, with Robert Twell from CMA London observing the testing by two ex-Royal marines.  The test was filmed, and film of the test was taken by Robert to CMA CGM HQ in Marseille.

Robert Bosses were impressed enough to agree to trial one of their ships transiting to Singapore.  Two months later, the ship returned, and the system had proved a success resulting in orders of nearly one million pounds in the first year, from CMA CGM and Maersk Line.

Over the next few years Teresa worked hard to develop her dream into a world class anti-piracy system.  Sleepless nights and hard work became her way of life, constantly driving to improve her invention to ensure it performed in all weathers and sea conditions whilst fighting off copiers who wanted part of the action.  In 2015 her achievement was recognised by The Guild of Horner’s who in conjunction with the Plastic Federation honoured Teresa with an award for the “BEST INNOVATION IN PLASTIC 2015” presented by the Lord Mayor of London at a glittering dinner for hundreds of people at the Mansion House in London where Teresa was the guest of honour.  It was a great evening and as always Teresa sparkled as she mounted the podium to receive her well-deserved award and recognition.

About a month later, she was honoured again with another award from the plastic federation in a gala dinner at The Guildhall in London.  Since then, her invention has gone on to win multiple international awards across the globe.  It has not all been smooth sailing though, famine and feast has taken its toll on her journey, Teresa would be the first to admit the stress and tears have equalled the joy and pride.  Not to be found idle Teresa was invited by Southampton University to write a manual on piracy in the modern world which has since become the foundation for maritime courses across the world.

Teresa has always championed the cause of women throughout her career and is proud to be a member of WISTA who recognised her with their own award in 2015.  Always kind and happy to help with advice or a shoulder to cry on. She was on a business trip in Hamburg some years ago and was walking around the main train station when she saw a young man on a bench putting plasters on his sore bare feet.  Her typical reaction was to leave David with the man and go into a shop to buy him some food and a pair of socks and shoes.  She then waited while he put them on then walked away to catch our train. “I think we missed the train Teresa” I said “There will be another train David, that boy needed me to care” she replied typically.

Her dream of Guardian is now established as the world leader in anti-piracy.  Along the way there have been many bumps in the road, but she is proud to have her invention responsible for defeating six pirate attacks in the Gulf of Guinea and in the process prevent the kidnap of over 120 crew and prevent misery for the crew and their extended family.

Her invention currently protects over 450 ships across the globe and daily protects over eight thousand crew. Annually it protects more than $80 trillion in ship and cargo value.  To put that into perspective the NHS budget in UK in 2020 was £128 billion.  After watching a program on Mercy Ships which visit the African continent and carry out surgeries that change peoples lives Teresa decided their ships and crew of volunteers were entitled to the best anti-piracy system available when in piracy waters and offered to donate the Guardian system to the Africa Mercy and the new Global Mercy Ships free to ensure the ships, crew and medical volunteers were safe from pirate attack.  Mercy ships management accepted her offer without hesitation and the ships will have Guardian delivered for installation in April prior to their deployment to Africa later in 2021. 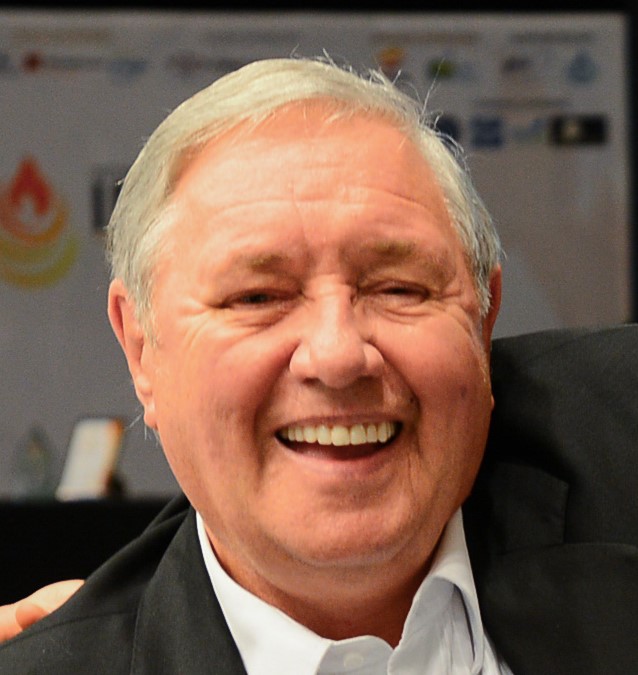